My favorite Irish actors and actresses. Do you have a demo reel? Add it to your IMDbPage. How Much Have You Seen? How much of Ian Beattie's work have you seen?

Click here to hear Tapeworm's "Break My Face". A Peavey T Just what mine looked like before I had the frets ripped off. I stole this pic from someone's sale ad, OK?

Aside from being the loo, the room is used 3 ways, mostly. I send any signal I want from my mixing board to the speaker or amp, it echoes in the room and I return that sound to the console from a microphone in the chamber which is mounted on the wall a ways away from the speaker.

I then blend it as needed in the mix. Natural reverb, voila! Open just a crack? You get a longish, 2 second reverb… Great for a piano, or drums on a slow, moody tune, maybe.

Fabulous for explosive medium tempo drums. The coupled chamber method also provides gobs of harmonic glue if there is a well balanced acoustic ensemble playing out in the main room.

Piano with string quartet? Mariachi band? In any situation where the musicians can instinctively acoustically balance themselves within a room, the addition of the coupled chamber mic is a fully flexible acoustic miracle to me still.

It can be used effectively mixed very faintly, just blended in for subtle harmonic enriching, or cranked up for forced largeness or distance.

The distant mic will hear quite a large natural reverb which I can blend with the close sound as needed, panning as desired.

Folks have sung in there as well, using the close and ambient mic method. See pre-delay rant below. A world of sonic possibilities is unveiled when the chamber mic is put through an echo!

For example, I might take the chamber mic out of the mix, but I send the sound of the chamber to an echo of appropriate length? This works in degrees… a ms delay will make my little bathroom sound like a grand parlor when combined with the closer sounds, a ms delay can make it sound like a mid size auditorium, etc, etc.

If you begin to regenerate the echoes, you can make the psychoacoustic space seem even bigger, or more surreally reflective.

But my equipment was mounted in road cases, and I could break it down and bring it anywhere I wanted.

I recorded Daniel Johnston again and again in his garage. On the Spankers record I used the Mercury Hall bathroom as a reverb chamber.

If you like the way real acoustics sound, go get you some. Dony Wynn on drums. We got a sound, thick and thuddy, tracking in the murk, clear as can be.

The Chamber. The Sound. Dony Wynn in a shiny white box. Dony loves to create these rhythmical shapes and tones. The sustain of the room becomes just one more thing that Dony is playing.

He brings that camera everywhere now. Click here to see his photography! And he shoots a bit like he plays. Dony makes poetry with words, drums, and photos.

Brian Beattie and his wife, artist Valerie Fowler have created something new under the sun, something they call an illustrated earmovie musical.

Valerie and Brian have toured the east and west coasts doing their 2 person version of the show. Brian tells the tale and sings the tunes while Valerie cranks the Crankies, 30 foot long illustrations that are spooled along in our home made crankie box.

It's a hand drawn, hand cranked video to the accompanying tune! You'll find a few videos from the show here. Kathy McCarty and I "directed" the show, Valerie was the set designer and art director, John Clark directed the filming and Justin Morris did the live recording.

We'd love to do another production of "Ivy", or do an animation of the album, or to make it into a movie. In the meantime, keep your eyes peeled for an "Ivy" show near you!

Buy a copy of Ivy! See our Ivy Website! This is from our live performance at the State Theatre in Nov. Back in march , my band Glass Eye recorded 2 songs with Steve Albini.

We had foolishly signed something called a "deal memo" with a dude that had a cornucopia of wavy hair who worked at a "major" label and claimed that he was starting a "spinoff" that would soon be distributed by the mighty "major".

We were mutually acquainted through "The Jesus Lizard", and Steve was letting us stay at his house while we recorded. He had just finished working with some Japanese speed metal band down in his basement on his 8 track.

This was before Electrical Audio. He'd very recently finished Nirvana's "In Utero", but it wasn't out yet.

His comment on the session When he gets off the phone, he comes to talk to us, the band, in a very serious tone.

This is essentially what he said. BUT, you were stupid and signed a "deal memo" which was just a way to enslave you before you'd established your contract's terms.

I know you'll be heartbroken if we don't do the recording, so I'll pay the studio and then later when he doesn't pay me back we'll decide what to do.

In the meantime, we recorded. The drums were in a lovely medium sized, relatively live room. Steve's drum mic set up was fascinating, and a little overwhelming to me.

He was delaying those ambient mics on the floor about milliseconds. However, as the session progressed I was getting a little uncomfortable about the feel and sound of our performances I felt like we weren't quite making it happen.

Every time I looked at Steve through the control room window, he was reading a comic book with his feet up on that big MCI console. Well, I was having a hard time honing in on whatever it is that makes something right, and I didn't know what to do, and the clock was ticking The day before, in the midst of fascinating conversations about everything from Cheap Trick to phase coherence to Madagascar and any tangent between Steve had mentioned that he found the word "Producer" to be an offensive and derogatory term, like "Nigger".

Brian sweats, tugs at collar According to Steve's approach, the fact that we weren't quite up to par was a problem we should probably have dealt with before entering the studio.

But, hell, I don't know I guess we just couldn't quite pull off those 2 songs yet. Either way, we finished the recording, and Steve thought they turned out fine.

He did some roughs, and he told Cornucopia Hair that if he wanted to hear a mix he needed to pay the studio first, as a matter of professionalism and respect.

Hair Dude said something along the lines of "How dare you The check has to come through accounting, these things take a while He then explained to us that Dude will never pay because he's a criminal prick, and everything would end bad, but not to worry, because Steve liked us, we had a good time, and we got to work together.

Over a period of months of strange and annoying manipulation, and surreal "communication" every time I got off the phone with him I understood less , we soon found out what a complete crappy dumbass paper tiger Cornucopia Hair was.

We had a full 3 weeks booked at a studio here in Austin to make our record, and as time progressed, we realized he'd likely do to the studio what he had done to Steve.

I didn't even find out it was a con till years later when the studio manager was in jail for Cocaine distribution conspiracy The music industry is full of crooks and suckers!

We released it as a cassette, and years later as a full album called "Every Woman's Fantasy". In order to extract ourselves from the "deal memo" with Hair Dude, he demanded that WE pay to Steve and the studio the full amount that they were owed, just so Cornucopia's imaginary label wouldn't be liable to anyone. 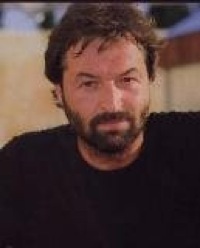